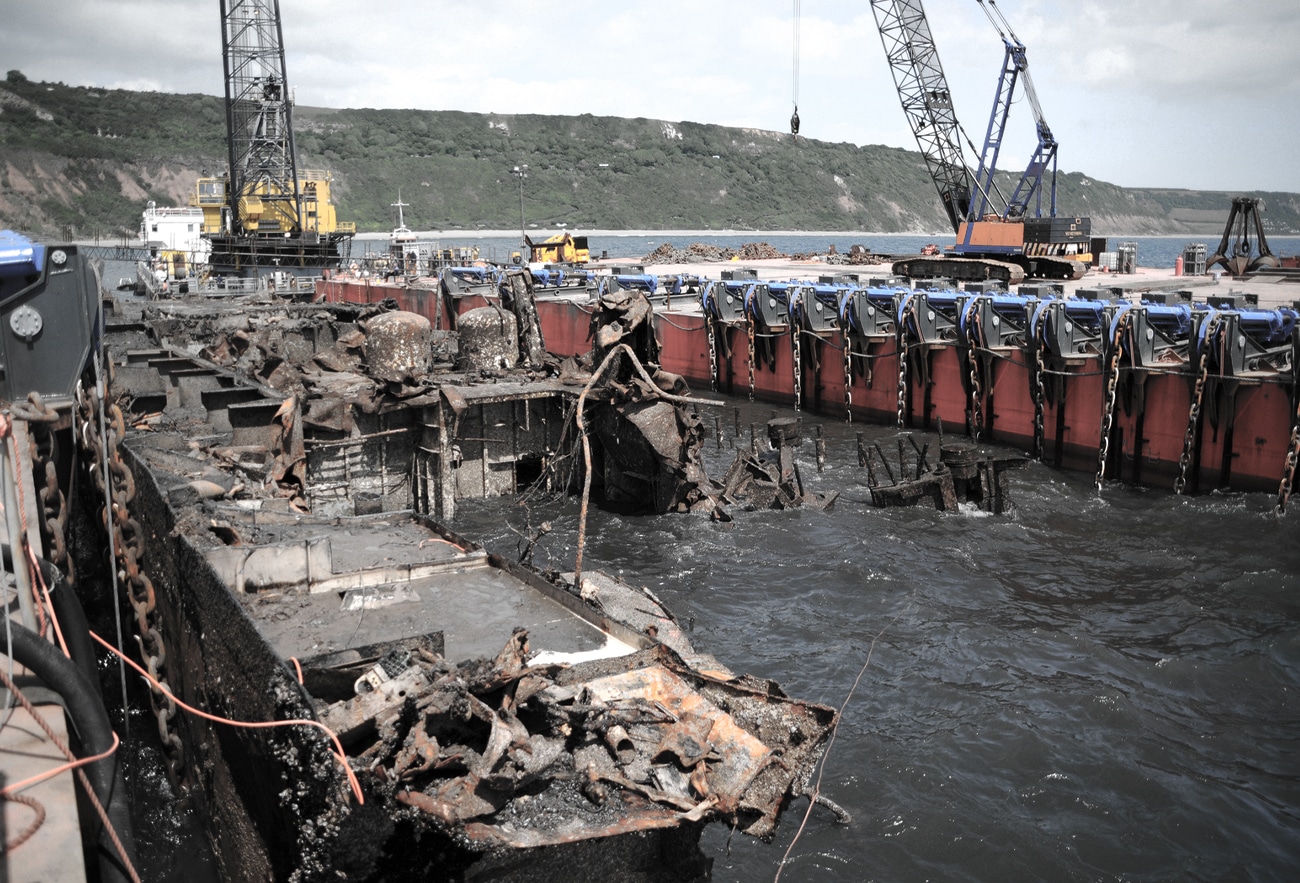 On the 18th of January 2007, the MSC Napoli was caught in a heavy storm just of the English coast with wind speed 9 and waves as high as 9 meters. This force was strong enough to breach its hull. Water started flooding in and the crew decided to make a distress call to the Falmouth coastguard. They got rescued 45 minutes later and besides extreme sea sickness and hypothermia the crew remained unharmed.

Because there was a possibility the 275 meter long vessel could capsize and already was leaking oil, the decision was made to beach it nearby in ‘Lime Bay’ to minimize the environmental impact. The spread of oil was contained by a sub-surface skirt around the ship. Smit Salvage was hired to oversee the salvage of its containers. The wreck got divided into workable segments using explosives.

Because of this the wreck got wrenched into the seabed of clay. Smit Salvage wasn’t capable of salvaging the remaining parts and GR Maritime, Disa and Hapo were hired. Our chain pullers were developed for this project. With a pull capacity of 2500KN each we managed to pull the remaining part out of the water. After this was done the wreck was dismantled on the spot using our crane barge the Missing Link and the Sumitomo SCX5000. 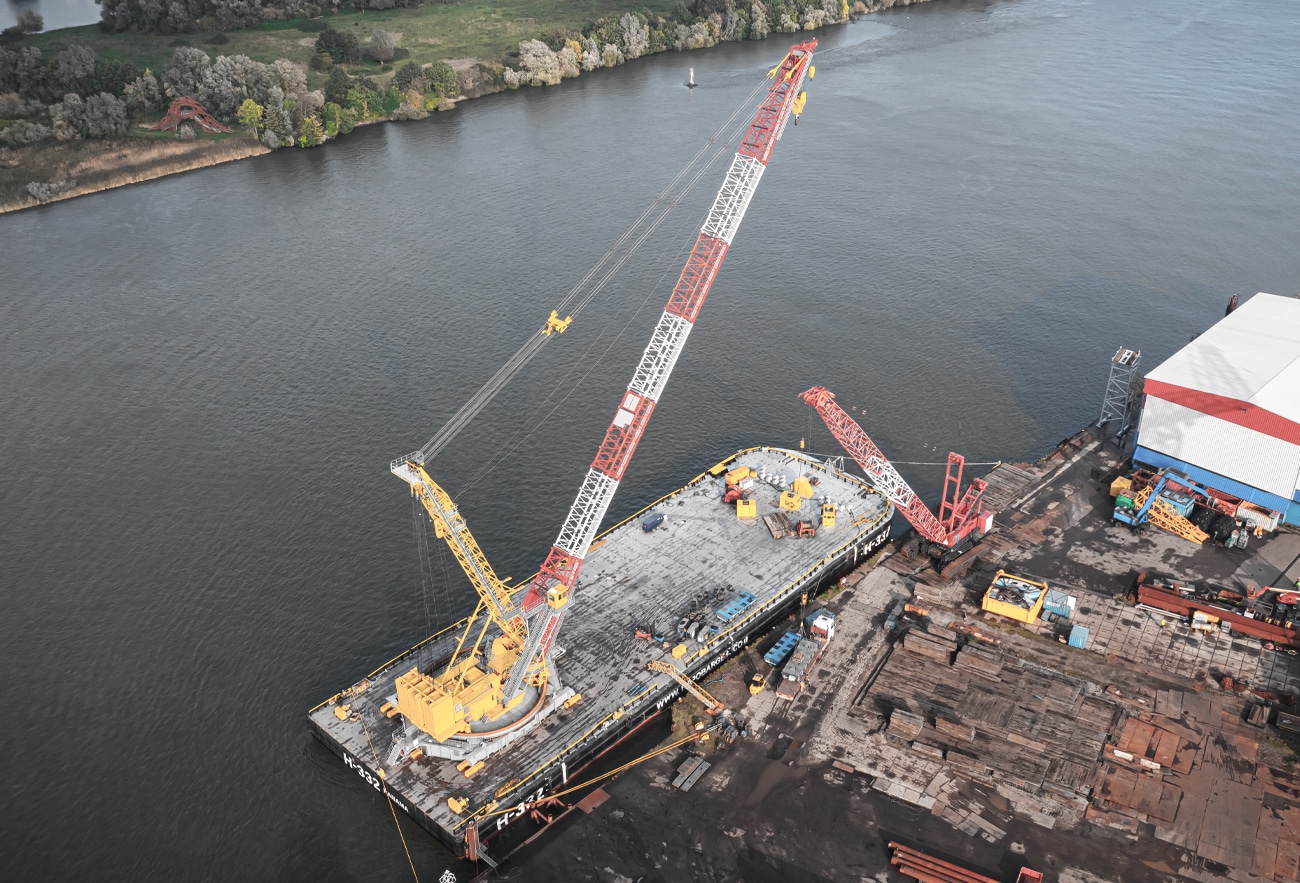 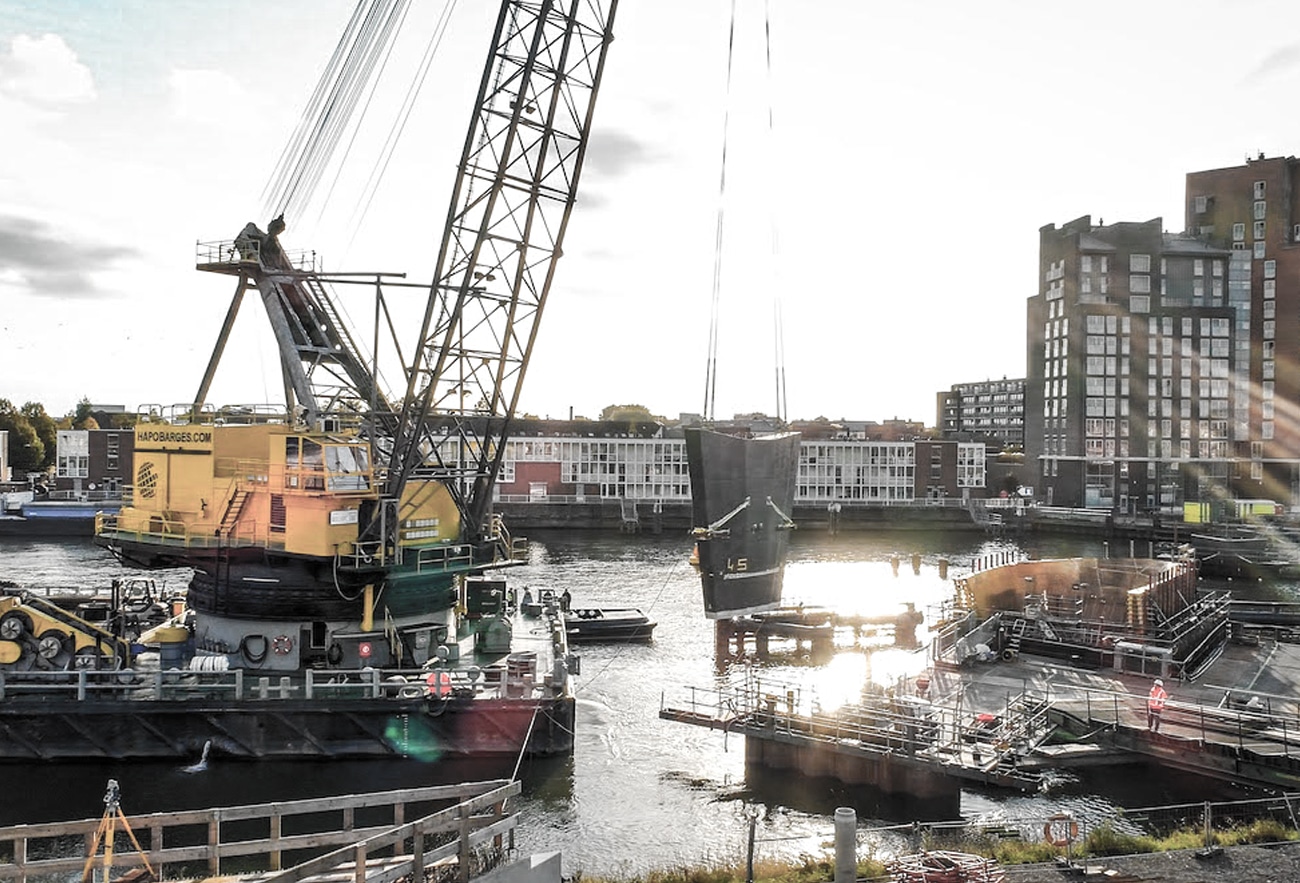 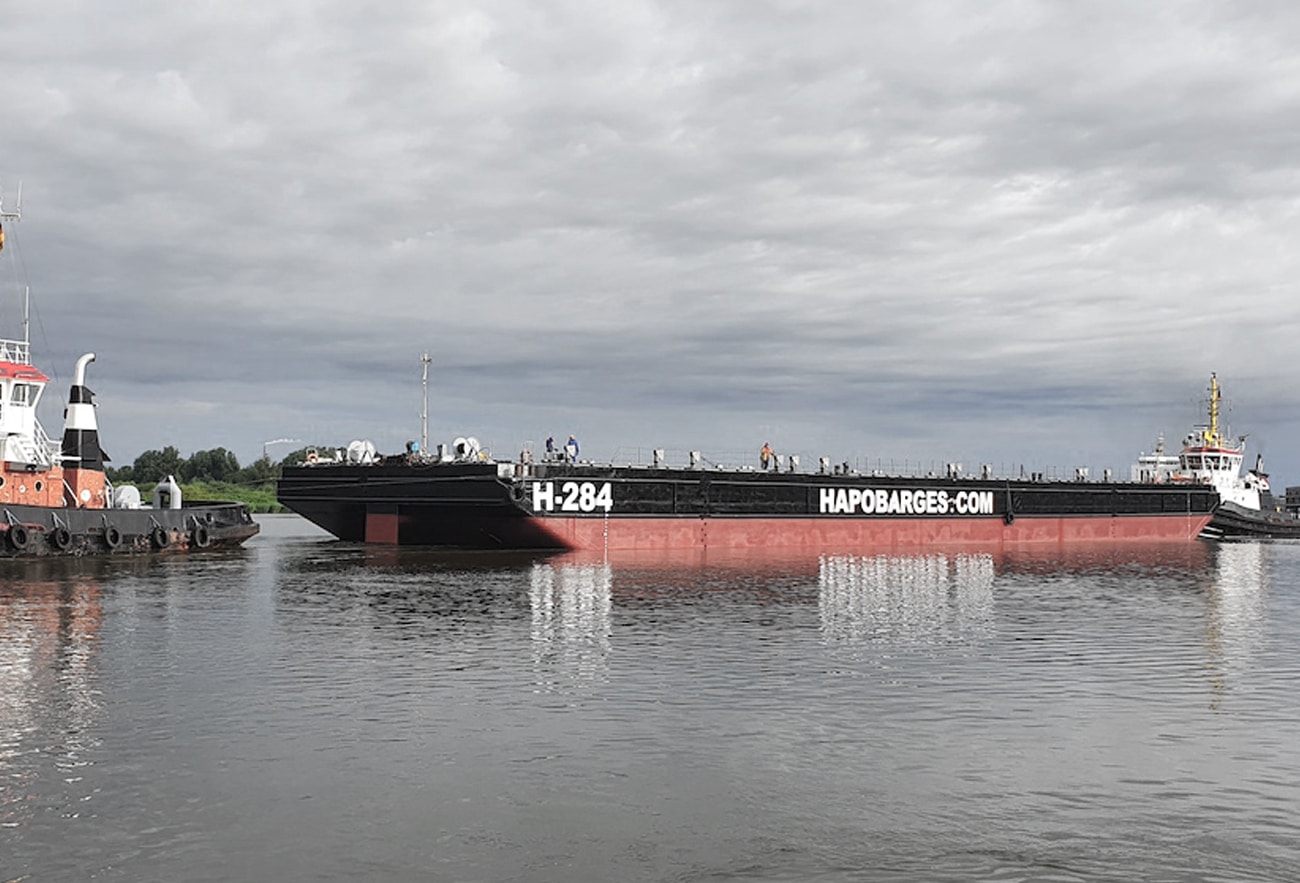